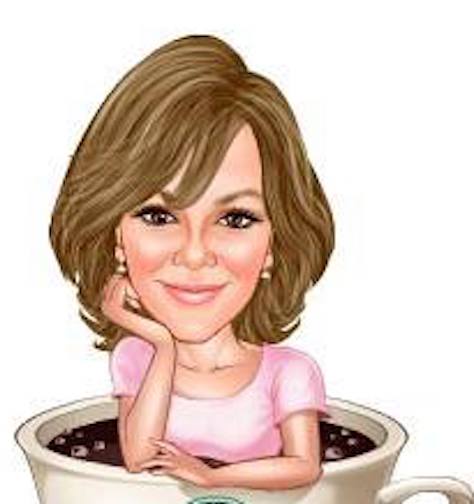 For some reason, the faint sound of an incoming message on my phone woke me up in the middle of the night. I struggled to focus, then read the words, “Active Shooter in Las Vegas at Country Music Concert.” I sat up in bed and immediately turned on the television. It took only seconds for me to realize prayers for the presence of the Holy Spirit were needed. As things played out and as the events of this monstrous deed have unfolded, God’s love through the actions of HIS earthly angels have also been revealed to the World via the news and internet. LOVE and GOODNESS has and will always conquer evil, though evilness will inflict deep wounds.

So many try to answer the unanswerable question, WHY? It is a natural response to want to point a finger at someone, something, to try to find a remedy. Some have said gun laws are to blame, but this would not have and did not prevent this tragedy. Demonic minds will and have used anything to destroy; knives, chemicals, even planes. Over the last several years even one’s economic situation has been used to justify or explain away horrific acts. "If we only provide more jobs and education this would not happen." However, the wealthy evil perpetrator in the Las Vegas’ massacre as well as so many others have proven that this simply is not true. Look at the once beloved and successful O.J. Simpson, who was released that very morning in Las Vegas or Osama Bin Laden. He was the son of a billionaire and a multi-millionaire himself. Then there is Robert Durst, who was the heir to one of New York’s largest real estate fortunes. He killed and dismembered his Galveston, TX neighbor and is suspected in the killing of his first wife. Then there is the multi-billionaire Jeffrey Epstein, who only spent 18 months for soliciting an underage girl and is known for his “Orgy Island.” Gigi Jordan who made millions in, of all things, the healthcare business who killed her own autistic son with an injection of various prescription medications. I could go on… John Du Pont, Phil Spector, Michael Vick, Suge Knight, Robert Blake, Aaron Hernandez….

Evilness is not confined to those who struggle nor those who succeed in life. Both the poor and the rich and famous are easy targets for wickedness. The successful are actually in need of prayers as much as anyone. When someone is rich from being famous or famous for being rich, all of a sudden the cockroaches come out of nowhere and surround them. Inevitably there are many who volunteer to be their public promoters and defenders, no matter how hurtful or heinous their actions are. Some people who are enamored with popularity will dismiss and ignore bad behavior, on all levels, of stars while blaming or finding faults with their victims. The wealthy are surrounded by people, all wanting their approval. Money and fame control. The control over other’s lives is intoxicating. One can become drunk with power. Some financially successful people start believing their own press and forget where and from whom EVERYTHING they have comes from. They not only take credit for their own success but they will take credit for others. Many wealthy people give all the wrong people access and they soon drive away wise counsel and those few faithfuls who point them to God and HIS ways. Others become isolated and lose a grip of their own mortality, believe they are above the law or get consumed with wanting to be remembered at any cost.

At the same time, there have been those who have had nothing yet have left a mighty legacy and changed lives for good. Take a look at the life of the Saint, Mother Teresa, or Anthony Omari, who saved 35 orphans housed in his mother’s orphanage while being attacked by men with machetes. Lou Xiaouying and her husband, who rescued 30 abandoned babies in China, despite living in relative poverty themselves or Irene Sendler, who smuggled more than 2,500 children from a Warsaw ghetto saving them from the Holocaust, or Betty Tisdale, Nicholas Winton or Maggie Barakits and countless others who we will never know their names.

Now, don’t take this ball and run the wrong way with it. I personally know many multi-millionaires and a couple of multi-billionaires.. YES.. with a B, who are generous, kind and go out of their way to give a hand-up and help in time of need to so many around the World while not wanting ANY… yes, I said ANY publicity for it. In fact, I know a few who demand total anonymity, all while being pelted by a jealous few about how much they are worth.

On the other hand, look at the crime rate in any U.S. ghetto or deprived nation and you will also see rampant disregard for others. I also know many who are of average means who have a great love and lust for money. They believe that money is the answer to all things and believe their security will be found in a bigger bank account. They are willing to do anything and everything to grasp it. They will throw their own family under a bus to get some financial security. Some even claim to be people of faith. I have often wondered who they actually worship, The ALMIGHTY Or the Almighty Dollar.

It doesn’t matter how much one has or does not have, it doesn't matter what laws are in place, it doesn't matter the level of ones education, you see, wickedness is a heart disease. It can strike anyone at any time. One of the leading causes of heart disease is hardening of the arteries. When we rebuff God’s Word and ways, when we show no consideration and have no empathy or concern about other’s emotional well being, the heart hardens and turns dark. Many times one’s heart condition can not be seen by man until it is too late.

On the night of October 1, 2017, one man’s depravity and quest for fame, at any cost, took many lives, injured and scarred many others, both physically and emotionally. His victims are of all ethnic backgrounds and ages. It took the gunman’s own brother, mother and girlfriend by surprise. The authorities have yet to find an answer. The carnage is the result from a madman’s heart attack.

However, shining like a beacon that night were the heroic, strong hearts of many; strangers helping strangers. While under fire, everyone was comforting and encouraging each other. Their shared stories are testimony to God’s love combating the forces of wickedness. Though scarred, hurt and wounded, good overcame evil on October 1, 2017. That is what to be remembered.

May we keep our hearts in check and encourage our loved ones towards living a heart healthy life.

May God be with, comfort, heal and strengthen all those who were targeted and their families.

They are darkened in their understanding, alienated from the life of God because of the ignorance that is in them, due to their hardness of heart. - Ephesians 4:18

Blessed is the one who fears the Lord always, but whoever hardens his heart will fall into calamity. - Proverbs 28: 14

The heart is deceitful above all things, and desperately sick; who can understand it? - Jeremiah 17: 9