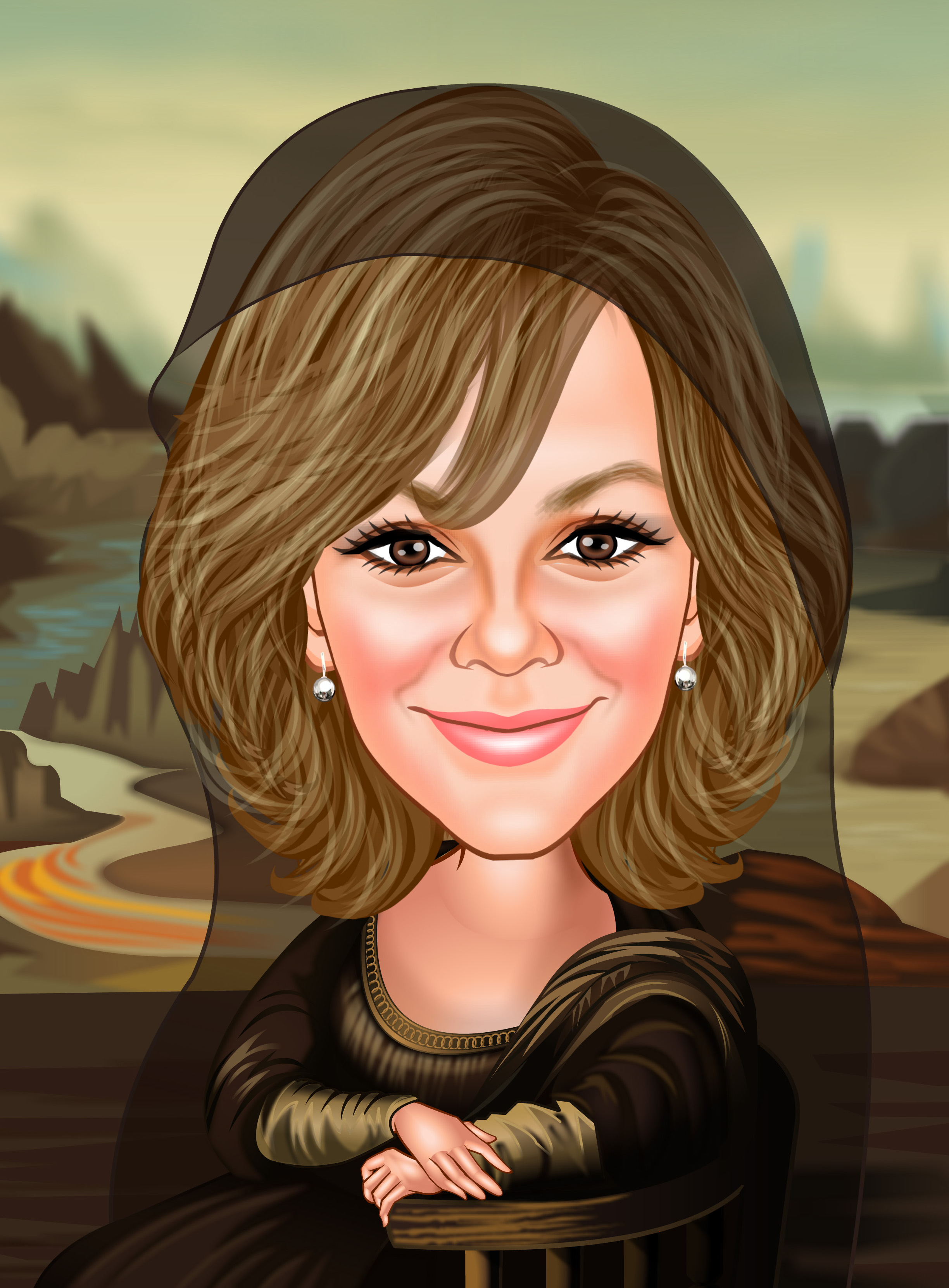 For most of my life I have been a lover of art. I love to study and view the works of the great masters as well as the works of today’s great painters and even find the art of celebrities fascinating.

On my first trip to Paris, I made a point to get up early one morning to be at the Louvre before the doors opened to see for myself the most famous painting in all the World, the “Mona Lisa.”It was lightly raining, but I did not let that deter me. To my surprise, there was already a long line formed. It was obvious when the doors did open that we all were headed to the same place. The Louvre is enormous. I was amongst the large crowd of people. We all climbed massive staircases and meandered down the wide corridors, making our way to the 3rd floor, by-passing many great works. It was obvious that we had all done our homework and knew the exact path to get to her.

What history this small portrait has. It is only 30 inches X 21 inches, yet Leonardo da Vinci worked on this painting for over 3 years in Italy. He finished what would later be his masterpiece right before his death. The oil paint on the final version lays on top of 3 other layers. The master painter was obsessed with this woman. He kept perfecting every detail, anything he saw as a flaw, he re-painted. Yet, Leonardo never gave her eyebrows or eyelashes.

The “Mona Lisa” has become so valuable over the centuries that it is now uninsurable. It is truly priceless. But did you know that the most famous art title is actually the result of a spelling error.I don’t feel so bad about my terrible spelling now. The art work was originally named the “Monna Lisa,” which means Lady Lisa. An “N” was left out when it changed hands and as a result it became it’s own title. Lisa Gherardini was the 24 year old wife to Francesco del Gioconodo and mother of 2 boys. Francesco commissioned Da Vinci to paint his wife, but never received the painting. Leonardo moved to France right before his death and his heirs sold the piece to King Francis I, for what is the equivalent of $10 million dollars today. The king displayed her in his bathroom of all places. That may explain her occasional expression of disgust. She was later given to King Louis XIV, who moved her to the Palace of Versailles. Oh, that is where she got her expression of happiness. Napoleon then took her to his bedroom, when he took over the Tuileries Palace. Did Lisa's mood change to one of flirtation or fearful during this time? After the French Revolution, she was moved back to the Louvre and has been on display since 1797. Oh, her expression of contentment is now explained.

What travels and abuse this lady has experienced during her life. The Mona Lisa has been the target of aggression as the result of other’s lust, greed, jealousy and vengeance, so much so that in 1956, France spent over $7 million dollars on a special secured, climate-controlled room inside Paris’ Louvre.

Most of her attacks began in 1911. The Mona Lisa was stolen. The 30 year old Pablo Picasso was questioned and falsely imprisoned under suspicion. She was recovered 2 years later in a small apartment in Italy. It was revealed that a former, Italian employee of the museum took her with the intent to take the painting back to what he saw as Mona’s birth country. Mona's troubles seem to only increase. In 1956, acid was sprayed at her and later that same year a Bolivian man threw a rock at the painting, chipping the paint off her left elbow. In 1974, a woman tried to spray her with red paint, while she was on loan to the Tokyo National Museum. As late as 2009, a Russian woman threw a tea cup, which she purchased at the Louvre’s gift shop. The cup shattered when it hit the bullet proof glass, which protects and imprisons the work of art.

What did Mona Lisa do to these people? Why do some hate her so? What does she represent to justify being targeted? The mystique of Mona Lisa’s expression has caused many debates for over 500 years. She is hard to figure out. For all those who dislike her, she has had many more who have adore her, wanted to possess her and try to copy her. Maybe that is the answer.

To me, the Mona Lisa has become a symbol of life. We all go through many moods, moves, experiences, mishaps, misunderstandings, abuses, and admirations. We are mysterious to some and adored by others. For all those who love us, there will be those who will not. Like the Mona Lisa was to Da Vinci, we are God’s work of art. HE is working on us, perfecting us. Though we may be mislabeled by others and may have missing eyebrows, God sees our value. Despite any chips, cracks or scars, which we may have obtained through life’s journey, we are priceless to our creator. Our Curator, well, HE is preparing a special place just for us, our own climate controlled room within God’s Palace walls.

14 “Do not let your hearts be troubled. You believe in God; believe also in me. 2 My Father’s house has many rooms; if that were not so, would I have told you that I am going there to prepare a place for you? 3 And if I go and prepare a place for you, I will come back and take you to be with me that you also may be where I am.