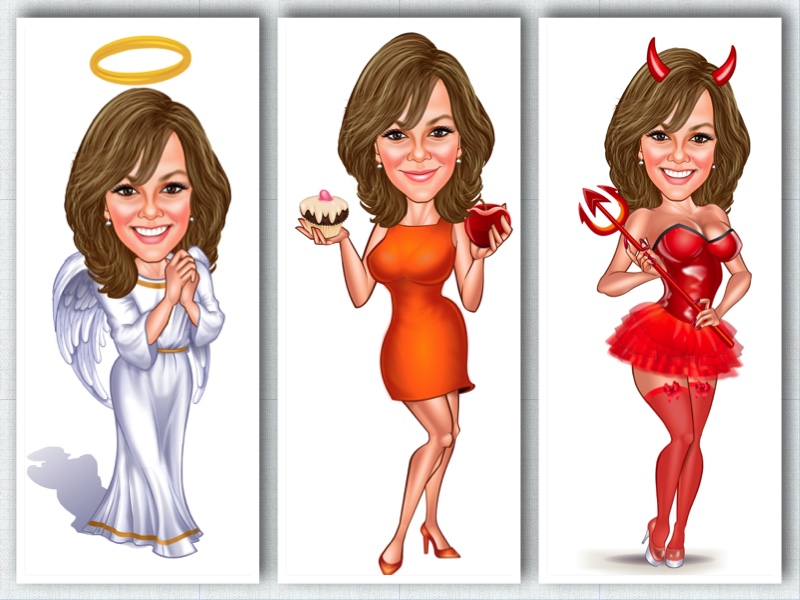 The death of Hugh Hefner has brought to the forefront a subject that even we “Believers” have struggled with since the beginning of time; the lust for love. Many are claiming that Playboy Magazine advanced the sexual revolution on sexual equality, but visit the ruins of Pompeii in Italy, or view the masters’ works in The Louvre in Paris and you will see the seduction of nudity has plagued us from the beginning of time.

Lust is defined as: an intense, uncontrolled, craving or sexual desire for someone physically. Many confuse lust for love and vice versa, but at the end of the day, I believe we are innately drawn to the rush, strength and comfort which is found only in a monogamous partnership. The battle comes in learning how to control our desires while making wise choices, which will not only be sexually satisfying but also mutually beneficial.

Let’s get down to the nitty gritty. We are God’s creatures. He made us in His image. The human body is an amazing design and a complex system. God made us to be physically and emotionally attracted to one another. Not everyone is attracted to the same type of person, but when we come across that special someone, we know it! Besides the many functions of the mind and body, the precisely timed release of various hormones during the act of courting and then love making, such as serotonin, oxytocin, and vasopressin, all have reasons and are essential for a healthy life and for building a fulfilling, long-lasting relationship. God made us that way. As much as Hugh Hefner promoted the idea of “free love,” science proves that God designed us for trusted devotion.

Now for the buzz-kill. Let's get scientific. Did you know that high levels of serotonin are released during the beginning of an attraction, at the same levels in one who has an Obsessive-Compulsive Disorder? Hum… that could explain why some women look at a man and see all he CAN be and why some men look at a woman and only see her imperfections. Serotonin will however make you fixate on the other. You can’t eat, you can’t sleep, you can’t stop thinking about the other.

Oxytocin is a powerful hormone released by men and women through physical touch as well as during intercourse. It is called the “cuddle hormone.” But did you know it is an essential hormone for bonding? Oxytocin deepens the feelings of attachment and makes those who are seeking a healthy relationship feel much closer during courtship. So, it is good to take things slow. No good comes from WHAM BAM thank you Ma'am. NEXT!


Vasopressin is another important hormone for a long-term committed relationship. It is released AFTER an orgasm. Vasopressin is made in the brain. Both men and women make it. However, the male hormone testosterone synergizes with vasopressin – the two greatly enhance each other. A woman and man might have equal levels of vasopressin but the man experiences stronger effects. Personality wise, the level of vasopressin influences male social and sexual behavior, public communication, and paternal behavior. It promotes aggression, territorial competition and dominance with other males as well as bonds males to mates and children. Unhealthy men produces low-levels of vasopressin and do not bond well with their mate or children.


Oxytocin and Vasopressin are both released in males and females DURING orgasm. Their purpose is to bond the two together. Now you understand how powerful and sacred it is when two people orgasm together. God meant us to bond, not to roam. Studies have shown that both hormones released at the same time between the same couple promotes bonding and monogamy.

Research indicates that up to 80% of women do not come to full climax during intercourse, which makes me wonder about their mental bond with their man. Do they feel safe with him? Are they able to communicate their likes and dis-likes to him? Does their spouse make them feel desired? Men, on the other hand, have also admitted to “faking it” when they have drank too much alcohol or are worried about how it will make their partner feel. A woman or man may love having sex and find it pleasurable but do not always come to full climax or do not climax together often and so do not bond so easily.

Dopamine, the “feel good” hormone is not released during just any sexual encounter, but it is ONLY released DURING an orgasm. Many scientists says the high from dopamine can be as addictive as heroine. Which explains why so many search out casual sex in hope for a fix. Dopamine has amazing effects on the body. It gives one a high attention span, improves short term memory, makes one eat less, and gives a temporary feeling of boldness and desire to explore the World as well as take risks. While the effects of dopamine can last hours or even days, the body will naturally release prolactin once dopamine wears off. Prolactin causes the opposite effects. It makes one irritable, increases appetite and can bring on depression. The interesting thing is, the body will not release prolactin if a person has sex without having an orgasm. The release of prolactin will actually make one want to go back for more to improve their mood. So you see, it is important for a couple to maintain a healthy sex life. When one partner is unfaithful it leaves the other partner out of sync and unfulfilled, not to mention feeling betrayed, unsafe and deceived. Those emotions are not conducive to a good sex life much less a good marriage.

Sex is a very powerful struggle for many of us, especially for those of us who find ourselves single again. We miss the intimacy that only a committed, monogamous relationship can satisfy. I admit, there is a battle between the angel and she devil in me all the time. I sincerely pursue living my life God’s way, but I have wrestled with temptation.

God made man a visual creature and we women know that. How many times have we tried on 4 to 5 outfits before seeing someone who stirs us or have on occasion allowed that top button to be unfastened or the hem to be a little higher when preparing to be seen by a suitor?

On the other hand, God made woman as an emotional being and men certainly can attest to that. Men will buy flowers, cards and chocolates for a woman he is drawn to and listen without complaining to her detailed account of events, when he is in pursuit.

In the worse of cases, some vagabonds have been known to flippantly throw those 3 sacred words out to their targeted nymph in order to capture a quickie with no intentions for devotion. They look at women as convenient and disposable, but not as an equal partner. Some women, on the other hand, look at men as a big wallet. They seem to come out of hiding when things are going well. History has proven over and over again that all it takes is for the Cat Daddy to come home with a pink slip or the introduction to someone with a bigger bank account and his Finest Feline will ditch him faster than he can say “giddy up um papa mow mow.”

Playboys and playmates make others pay for their misdeeds. I know. I have developed trust issues as the result from being burned. I have met many men who have been torched and have built a wall as well. Tough callouses develop after years of being bruised.  I pray earnestly for a trustworthy man who has sandpaper and knows how to use it to make the rough places soft again. I pray to one day know and feel real love from a man. But until then, I will subdue my naughty side.

Sex without committed love takes a special and sacred transaction and transforms it into a meaningless game. Love is a four letter word which is over-used and under-valued. Love takes time. Modern psychologists define love as the strong desire for an emotional union with another person.  Andrew James Wright and Calvin Houston Lewis best describes what a man acts like when he is in love. It was sung by Percy Sledge. The song is properly called “When A Man Loves A Woman.”

When a man loves a woman

Can't keep his mind on nothing else

For the good thing he's found

If she's bad he can't see it

She can do no wrong

Turn his back on his best friend

If he put her down

When a man loves a woman

Trying to hold on to what he needs

He'd give up all his comfort

Sleep out in the rain

If she said that's the way it ought to be

I applaud Aristotle who said, “Love is composed of a single soul inhabiting two bodies.”

There is nothing more seductive than the confessions of unbridled love and lust between a newly married couple than the documented accounts in the book of Song of Solomon.

But God best describes LOVE as this:

A man’s greatest desire is to feel respected and validated. A woman’s greatest wish is to feel safe, protected and desired. Each fills the void in the other. The two become one and love is born. And so, I lust for true love.