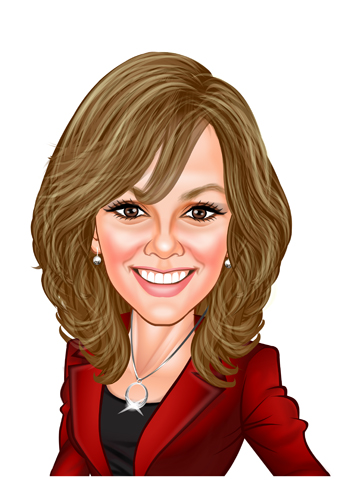 Have you ever felt Bullied? Betrayed? Have you looked back over your life and see clearly how a scheme was set into play to use you for profit by those you once trusted and helped? Has your good been returned with evil? Have you felt frustrated at the reality of others who flatter attackers, because of their popularity? I have. It hurts and is confusing. It can make you question why God would allow it, especially if you were in prayer and your heart was pure. I too have questioned God’s purpose at times and if my prayers and keeping good intentions were beneficial. I can reassure you, God has a reason for all the madness and for all that seems to be unjust. Keep the faith. Don’t be fooled by the front page headlines. God is working behind the scenes. He has a plan, a plan to profit you and not to harm you. A plan to give you hope and a future. (Jeremiah 29:11) A good future. A future life you would never want to miss out on, but HE has to move you out of Egypt first. God has to take us by the hand and force us to leave our Sodom and Gomorrah comfort zone sometimes. There is a valley trail that leads to a higher mountain.

“People generally see what they look for and hear what they listen for.” - To Kill A Mockingbird, Harper Lee.

“People see what they want to see and what people want to see never has anything to do with the truth.” - Robert Bolano.

But the LORD said to Samuel, "Do not look at his appearance or at the height of his stature, because I have rejected him; for God sees not as man sees, for man looks at the outward appearance, but the LORD looks at the heart.” - 1 Samuel 16:7

Last week’s, long overdue, acknowledgement of the years of criminal actions by Hollywood mogul, Harvey Weinstein and his abuse of power towards women restored my faith in society. The unveiling of his true character, or lack of, brought a feeling of relief, as well as disgust. It restored my hope that more people will speak up and stand with other victims and targets of the powerful.  As a working woman, I know all too well the different levels of harassment, including the heinous acts of some insecure men who belittle, manipulate and abuse females, for their own benefit, enjoyment and empowerment. Harvey Weinstein is NOT the only disgusting animal in the business. These gross actions are NOT done by just liberals, or confined to just Hollywood, the film industry, or done by only heterosexuals. These abusers’ reputation are whispered about and sadly sometimes laughed about.  Many times those in the know, rush to have their picture taken with glorified villains and volunteer to defend them in hopes it will bring them greater access. For many years, decades, I’m sure Weinstein’s long list of victims, be it his sexual targets or those men and women he liked to belittle in front of others, all felt a sting each time he took the stage to receive an award or saw pictures published of leaders embracing him and touting what a “great guy he is.” I’m certain in-turn this all fueled the mogul on and encouraged him to become more brazen, which created more victims. Hopefully others like him will take inventory and do a 360, while we stop aiding and abetting them.

One of the greatest blessings from a public acknowledgement of all this has been for this predator’s victims to know that they are not alone. That FINALLY they are receiving some justice. It took one brave and determined journalist, not taking no for an answer, unwilling to be intimidated, to give the movie producer’s victims the courage to speak up and speak out. Predators want to isolate and to shut the mouths of their victims. They want them to feel ashamed of what they were put through, discredit them, make them think they have no power, no strength. They certainly do not want them to tell others. Predators even encourage their peers to put the pressure on their victims to shut up and remain silent. In the end though, God reveals them all.

The Valley trail is usually challenging. During our solo walk in the valleys it is important for each one of us to turn to the Word and to pray even when we feel exhausted. When you don't feel like you are being heard, have faith that God is working behind the scene, putting everything and everyone in place to bring you justice and redemption. The documented accounts in God's Holy Word testifies to us. It comforts us as well as teaches us what to do, what not to do, what happens as a result of actions as well as gives us hope that in the end, good WILL overcome evil, light WILL reveal what is done in the darkness. However, nothing impacts our lives greater than hearing from someone we know, who has walked down a similar path and has come out stronger, greater and blessed in-spite, and sometimes BECAUSE of, other’s evil actions.

Finding yourself living in a valley is not just for victims of injustice. Many times during each of our lives we come to a point where we don’t know what our purpose is. Some may feel lost or without a clear direction. Often times we have felt abandoned and useless. I have met so many people of faith who have shared story after story of being in the pits, feeling alone, depressed, right before a HUGE, God-given blessing. Though those days may be many and seems to get darker, know that God has a plan through your pain, through your shame, through your struggles. HOLD ON! Most of the time God uses those dark times in HIS CHILDREN’S lives to move us out and away from one situation into another place. We could not fully savor HIS blessings while living in our “Egypt.” Our Pharaohs would rob us of our joy and we would not prosper. God has fruitful plans to bless us GREATLY, but we need to trust Him when at a dead-end or while in our desert. If our Pharaoh was kind to us, we would not want to leave, now would we. I have heard story after story, from successful actors, executives, business people, and others, who at a low point were forced to move, to re-invent. Many times things became so hard that at the very point when they were ready to give up, God's hand seemed to suddenly move. One moment, one chance encounter, one instant, God delivered them, defended them, and raised them to a height they had never imagined for themselves. Have peace in your valley and know that God WILL place your feet firmly on a pinnacle with INTEGRITY!  God has not forgotten about you. Good does overcome evil. Not once have I heard of a story where God changed, anointed, used and greatly blessed anyone who was already standing on top of their own mountain.

Don’t be made afraid to speak up and tell your story. The good, the bad, the ugly. The mistakes, the falls, the triumphs. Don’t feel ashamed to let others know that they are not alone. Encourage one another. Sharing your story will also confirm to you that you are not alone. Your deliverance is from God to be used by God. Your story is God’s story.

13 Therefore put on the full armor of God, so that when the day of evil comes, you may be able to stand your ground, and after you have done everything, to stand. 14 Stand firm then, with the belt of truth buckled around your waist, with the breastplate of righteousness in place, 15 and with your feet fitted with the readiness that comes from the gospel of peace. 16 In addition to all this, take up the shield of faith, with which you can extinguish all the flaming arrows of the evil one.  - Ephesians 6: 13-16

11 Therefore encourage one another and build each other up, just as in fact you are doing. - 1 Thessalonians 5:11