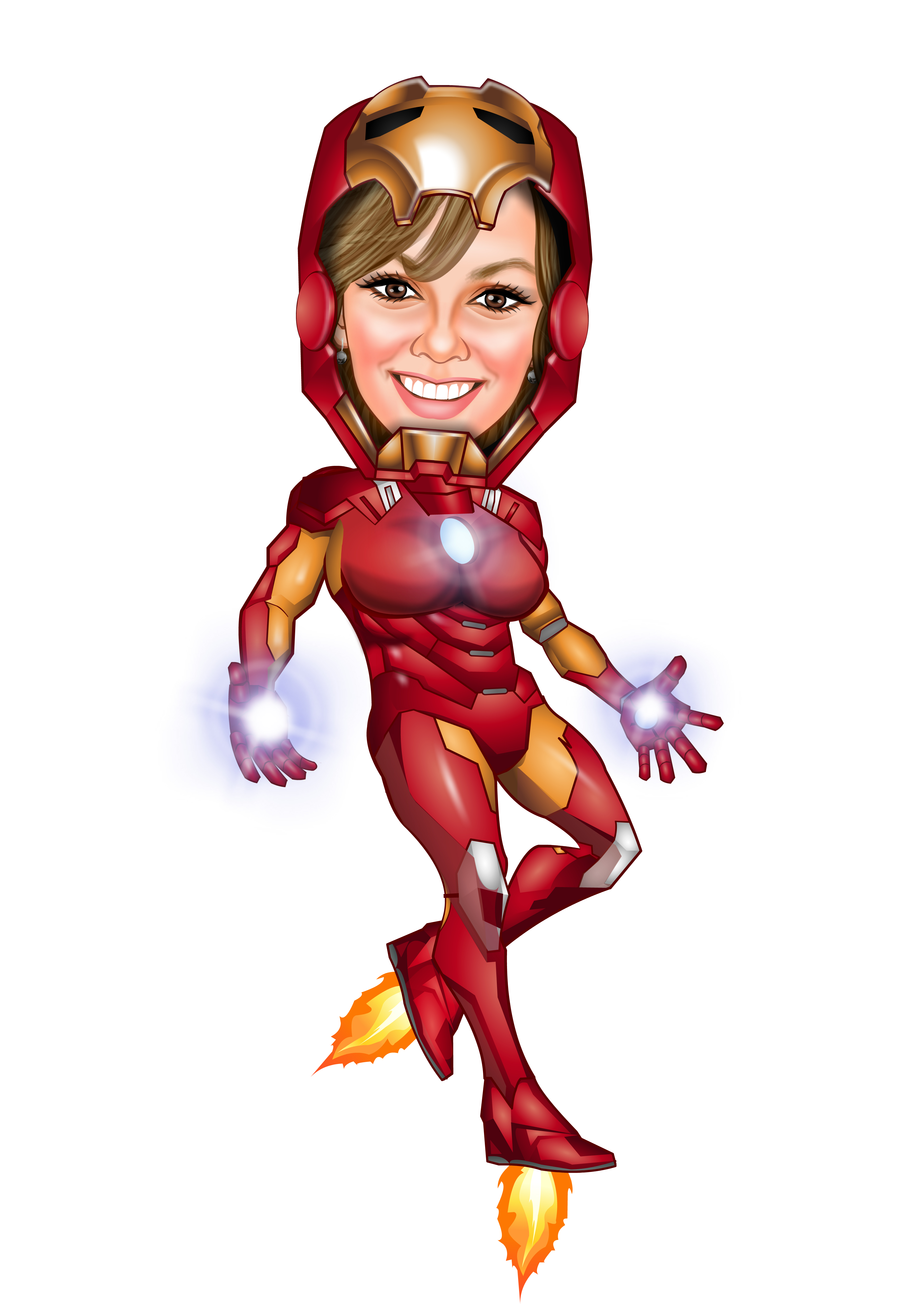 2018 will mark the 10 year anniversary of the American superhero film, Iron Man. Besides being the catalyst for reviving and skyrocketing the career of Robert Downey, Jr., the blockbuster movie has went on to gross over two and half billion dollars World-wide. Yes BILLIONS… with a BIG B.

Unlike Superman, Wonder Woman, Batman or Spider-Man, Iron Man, aka Tony Stark, is all human with no super-natural powers. The main character, Tony Stark, was a spoiled, jet setting, playboy, who had EVERYTHING and yet had NOTHING. He was inept at living a responsible life. The pursuit of fortune and fame was his profession, lover, family and religion.

When we first meet Tony, he is a man who had seared his conscience to the point he was incapable of feeling remorse, which made him void of knowing or feeling the true emotion of love. Tony Stark’s “life's choices” gave him a plastic, artificial heart. On the outside he lived an envious life, but his reality was an unfulfilled, vacancy. This superficial lifestyle actually made him an easy target for schemers.

I believe there are great lessons to be learned from this Marvel comic movie. In this modern age, where people think the panacea to everything is money, and most show no boundaries to get it and hold onto it, Including selling their soul for it, it is important for us to step back and take inventory of our own lives.

Most all of us can relate to one or a combination of more than one of the main characters in this action packed movie. Be it the holdover turn hero, Tony Stark, or his loyal advocate, admirer and encourager, Pepper Potts or his best friend and deputy James Rhodes (Rhodey), the mass appeal for this film was due impart to the realistic human qualities of the characters. We all see ourselves in them or know someone close to us with those same attributes. Sadly, I’m certain that we have all faced or will face the revelations of having at least one, deceitful, manipulative, betrayer like Obie Stane in our inner circle, whether we are currently aware of it or not.

As the movie goes, it took an explosive blast for Tony Stark to decide what his legacy would be. He was faced with deciding how the last act of his life was going to play out. Was he going to continue to blindly, place his life in the hands of con-artists, opportunist and evil doers to be their puppet? Was he too lazy to change his life of apathy? Did he truly share the insane attitude of “He who dies with the most toys wins?” or was he willing to stand up, stand firm, and fight the daunting battle between GOOD AND EVIL?

“The World will not be destroyed by those who do evil, but by those who watch and do nothing.” - Albert Einstein.

Life’s explosions leads us to forks in the road. It jolts us into deciding which way we are going to go out. What will our true legacy be? It reveals our inner character, good or bad. Those uninvited trials also reveal the Peppers and Rhodeys in our lives as well as the Obies, if we are willing to open our eyes and face the truth.

Now I urge you, brethren, keep your eye on those who cause dissensions and hindrances contrary to the teaching which you learned, and turn away from them. For such men are slaves, not of our Lord Christ but of their own appetites; and by their smooth and flattering speech they deceive the hearts of the unsuspecting. - Romans 16: 17-18

Gwyneth Paltrow did such a great job portraying the brave and blunt personal assistant, Pepper Potts. We all need a Pepper in our life.  We also need to be that Pepper to others. Though she did not know her boss, Tony Stark, as long as his family friend and business partner, Obie Stane, the actions of this strong, yet feminine, lead character, revealed her true, hidden feelings and rectitude. There was no job too small, too demeaning, nor task too great or lofty. She had a sober perspective of Tony’s flaws, refused to stroke his ego, yet was his biggest promoter and most faithful defender.

Same with the inventor’s best friend, James Rhodes, fondly referred to as Rhodey. Tony Stark could count on this Air Force Lieutenant Colonel to shoot it straight with him, no sugar coating here. Like Pepper, he was a person of integrity. Neither were willing to compromise their morals nor endorse bad behavior to remain in good standing.

Both Pepper and Rhodey proved to be invaluable and inevitably were targeted for elimination by those who felt threaten by them. While I have many acquaintances and cherish each one, I have always had a very small inner core of friends. Those I have let into my nucleus are trustworthy, strong, and direct but with time and life’s heartaches, one characteristic I now look for from my inner core is moral conviction and integrity. That doesn’t mean we always agree on everything, but I know I will hear the truth from them, and be steered to do the right thing. I am confident they will not throw me under the bus to justify their own intentions or be a feather in the wind during a storm.

“Real integrity is doing the right thing knowing that nobody’s going to know whether you did it or not.” - Oprah Winfrey

“Better is a man who walks in his integrity, than a rich man who is crooked in his ways.” Proverbs 28:6

Obie Stane was a long, trusted, family friend of Tony Starks' father, which solidified his position as business partner. Tony’s hard party ways, irresponsible behavior and unfaithful actions were all to Obie’s benefit. The public business leader didn’t want Tony to change or get it together. He didn’t want the playboy to start making wiser choices, clean himself up or surround himself with others who encourage that out of him, because Obie would lose what he came to enjoy; money, power and control over Tony’s life and business.

Obie mastered Tony with flattery and enabling his irresponsible behavior and laughed it off. Whenever his position felt threatened, Obie would quickly remind his younger associate of the length of their relationship. Have you ever had someone in your life like that or know others who do? Unfortunately, I have and I do. One of the trade mark reasonings and strategies our “Obies" use to keep themselves close and in-charge is their longevity. On more than one occasion in my life, I have been blinded and harmed by misplaced loyalty out of the length of an association or relationship. I have long argued with my gut instinct because of how long I had known someone verses the reality of their self-serving actions. It was nearly impossible for me to acknowledge and accept that someone I trusted, who played such a vital role in my history would betray me, but it happens all too often and has throughout history. Look at the actions of Marcus Brutus against Caesar, who considered him a beloved and trusted friend, Haman, the Chief Minister to Persia’s King Ahasuerus, Delilah’s disastrous trickery towards her fiancé, Samson, Absalom’s greedy coup upon his own father, King David, Dona Marina, who betrayed her own country of Mexico, or the propaganda broadcaster, Tokyo Rose who demoralized and disheartened her loyal U.S. military listeners in an effort to weaken them. Then there is the most famous betrayer of all, Judas Isariot. Judas was so trusted by Jesus and his fellow disciples that they put him in charge of their money. To add insult to injury, may we not forget, Judas betrayed Christ with a kiss.

It hurts us to accept that someone we trust or love, would and could be so cunning and cruel. For most of us, it takes a very long time and a near fatal wound for us to recognize and weed out the “Obies” in our lives. It is important to take inventory. BEWARE! Take it from me, when you finally come to accept the unveiling, horns will always come out of “Obies” as they aggressively fight to discredit and destroy the one they clung onto for so long. It will be a fight to the finish.

Do you want to fill that empty hole inside? Do you want to live life with a purpose? Are you strong enough to change your life and those around you or are you complacent? Let me tell you, it is a long, hard battle, but well worth it. Know that you are not alone. GOOD will always win, ALWAYS. Don’t give up!

Just like in this thrilling, action-packed movie, there will be many times you will be knocked down. There will be sucker punches and tag teaming. Your Peppers and Rhodeys will also be attacked, but continue to fight the good fight. It will all be worth it.

"Let us not become weary in doing good, for at the proper time we will reap a harvest if we do not give up." Galatians 6:9

Live life with a purpose. Leave a legacy of doing the right thing, be trustworthy, faithful and good. Stand up for the underdog, stand by the outcast, offer a hand up not just a hand out, promote don’t suppress. Value substance over image. Stand firm in your fight. Pigs do not like the person who cleans up the pigsty. I have never heard of a thief who welcomes the police nor disease who does not fight against the medicine.

Put on your IRON MAN amor and fight the good fight! That is the purpose of life!

“Everyone who does evil hates the light, and will not come into the light for fear their deeds will be exposed.” - John 3: 20

“You just can’t beat the person who never gives up.” - Babe Ruth 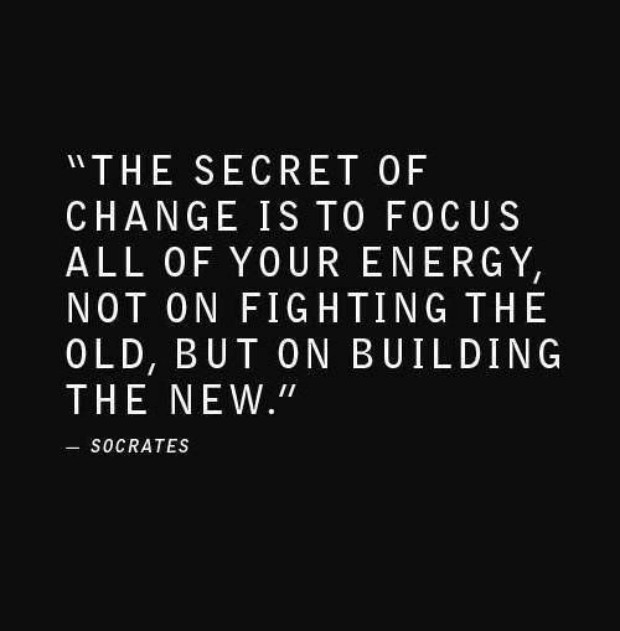 10 Finally, be strong in the Lord and in his mighty power. 11 Put on the full armor of God, so that you can take your stand against the devil’s schemes. 12 For our struggle is not against flesh and blood, but against the rulers, against the authorities, against the powers of this dark world and against the spiritual forces of evil in the heavenly realms. 13 Therefore put on the full armor of God, so that when the day of evil comes, you may be able to stand your ground, and after you have done everything, to stand. 14 Stand firm then, with the belt of truth buckled around your waist, with the breastplate of righteousness in place, 15 and with your feet fitted with the readiness that comes from the gospel of peace. 16 In addition to all this, take up the shield of faith, with which you can extinguish all the flaming arrows of the evil one. 17 Take the helmet of salvation and the sword of the Spirit, which is the word of God.

18 And pray in the Spirit on all occasions with all kinds of prayers and requests.With this in mind, be alert and always keep on praying for all the Lord’s people. - Ephesians 6:10-18 (NIV)